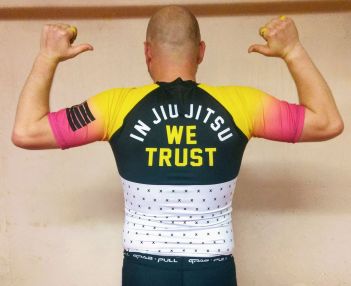 Though Tom (right) has only been doing BJJ for a matter of months, it’s already had a huge impact on his life, he says, including his weight.

I couldn’t be any happier. I started training BJJ sometime in June, so as I write this, I have been doing it for four months now. I’ve written previously about how it all began for me, so I am not going to repeat myself. Suffice to say that casual, one-day-a-week training almost instantly felt insufficient. I wanted more. I was hooked.

I bet many of you know the feeling – you anxiously wait for the next training day, you watch stuff online constantly, and you talk a lot about BJJ to anyone who will listen. I train mainly at Brighton BJJ Exchange, in Brighton. I am really fortunate to have a nice teacher and a great bunch of people to roll with. I imagine it’s not like that everywhere, and people I know have told me about all sorts of experiences they had when they began their BJJ adventure. The atmosphere at Brighton BJJX is great, though, and the level of teaching is really high.

At the beginning, I didn’t know much about what to do, although working for years on the door and a little MMA experience helped me to not feel completely lost. There is sparring during every class, so you get to try straight away whatever you’ve been learning in class.

I quickly realised that for a white belt like me, trying to do submissions is not really that important, and it’s far more crucial to learn how to survive and possibly escape. Luckily, I have a good mindset for training BJJ. I have no ego problems, and I don’t mind tapping multiple times, even if my opponents are smaller and so on. It helps that I don’t get frustrated but rather treat it all as a learning curve. Sure, I can get bit annoyed if I am caught in a triangle choke or an armbar yet again, but then I sit down, watch some videos, check my copy of Jiu-Jitsu University, by Saulo Ribeiro, and then I have a better idea of how to stop these things from happening, or at least how to make it harder for my opponent.

I am trying to go to as many classes as I can now, recently adding no-gi training as well. It’s all very exciting, and there is definitely a big sense of satisfaction when you manage to pull off a sweep you tried for some time or you successfully defend against an attack from a more experienced opponent who a couple of months back was submitting you left, right and centre.

Since June I’ve also acquired a bit of a collection of BJJ gear. One of the advantages of being a big guy – I’m six foot one inch tall and take A4-size gis – is that you get a great choice of sales items that are sold out in other sizes. I’ve managed to buy the majority of my stuff with good discounts, sometimes as much as 60 per cent. What’s not to like? I have, of course, to resist the temptation of buying more stuff quite a lot. After all, it’s really easy to spend a small fortune on BJJ stuff, since there’s so much choice and it all looks so good.

There is also one big advantage to BJJ training that a good blue belt friend of mine told me about. When I said to him I’d started doing BJJ, he said I would lose weight really fast. I was 121 kilos and used to being that heavy, and all my life I’d found it really hard to lose weight. Four months down the line, I am eight kilos lighter and feel great. Everyone around me has noticed the change in how I look. It really feels good, and I am constantly trying to push my limits and see how much more I can do.

It feels like a whole new universe has opened up to me with BJJ, and I am really eager to find out all that it has to offer.

Tom is 38 and comes from Poland. He has had many jobs in his life, including history teacher, radio journalist, labourer, translator and bike courier. His most consistent one, though, has been working on the door, and for this reason he does not like to be in photos. Contrary to what some people believe, he is not an operative of a foreign secret service. Check out his BJJ blogs at facebook.com/curiousgrappler and follow him on Instagram at @curiousgrappler

“This is a great, growing club with a super-friendly atmosphere and excellent teaching.” Phil Miller

Send a message to Marcus at brightonbjjexchange
at gmail dot com

Our mission is to create the best possible environment in which to learn BJJ, both in terms of teaching and how the club is run and functions.

We’re an affiliate of 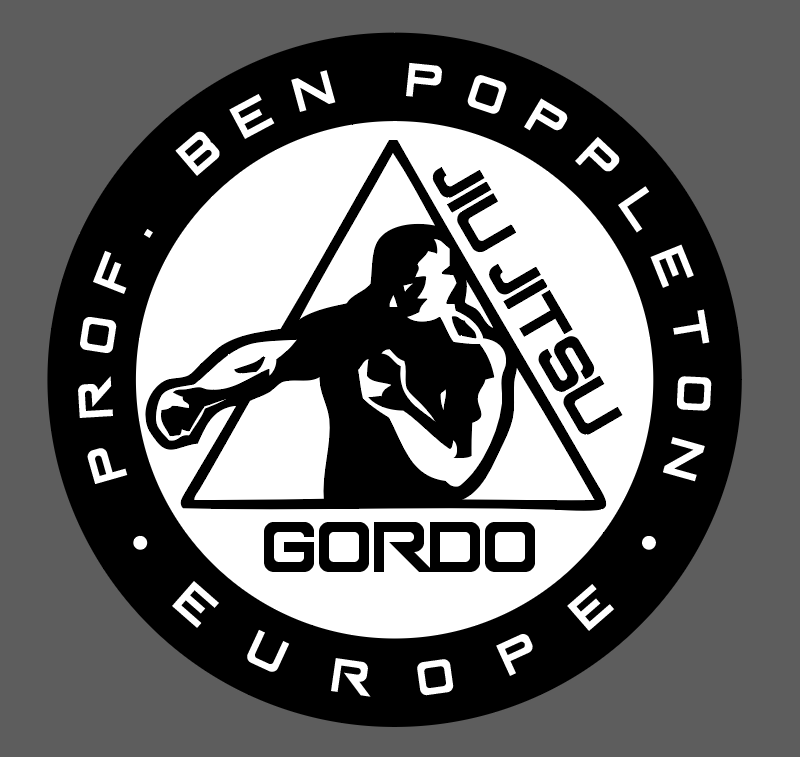